About the La Center, WA Market

In the 1870's, La Center was a business center and head of navigation on the east fork of the Lewis River. In late summer, the regular schedules of the steamers “Mascot” and “Walker”, paddle-wheeling to Portland, were often interrupted by low water. Passengers and freight were transferred to scows, which were poled up the river or towed by horses along the bank. With the arrival of railroads and highways, La Center lost importance and lapsed into a small village serving the surrounding farming district. La Center was officially incorporated on August 27, 1909.

Below is the 5-Year forecast of Market Rent per Sqft. 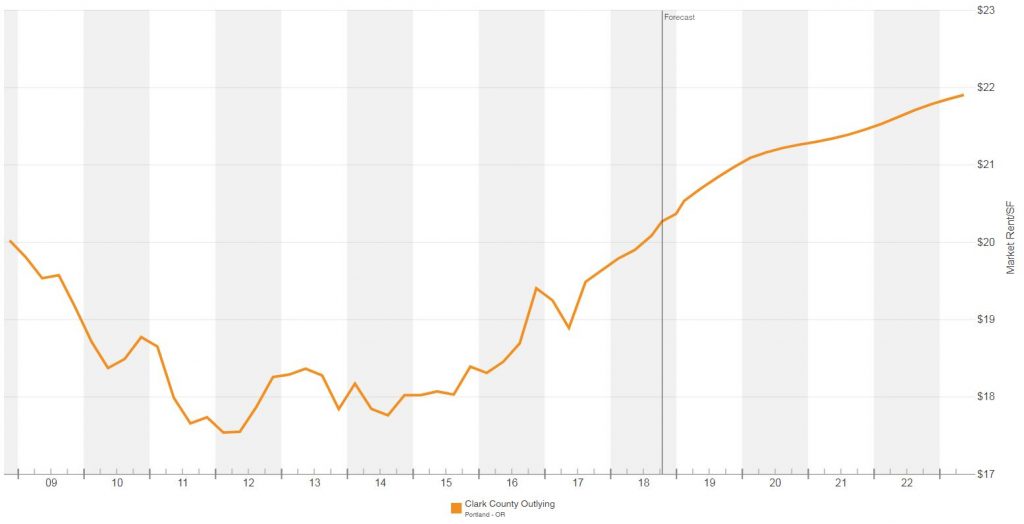 Below is the 5-Year Market Rent per Sqft forecast through 2022. 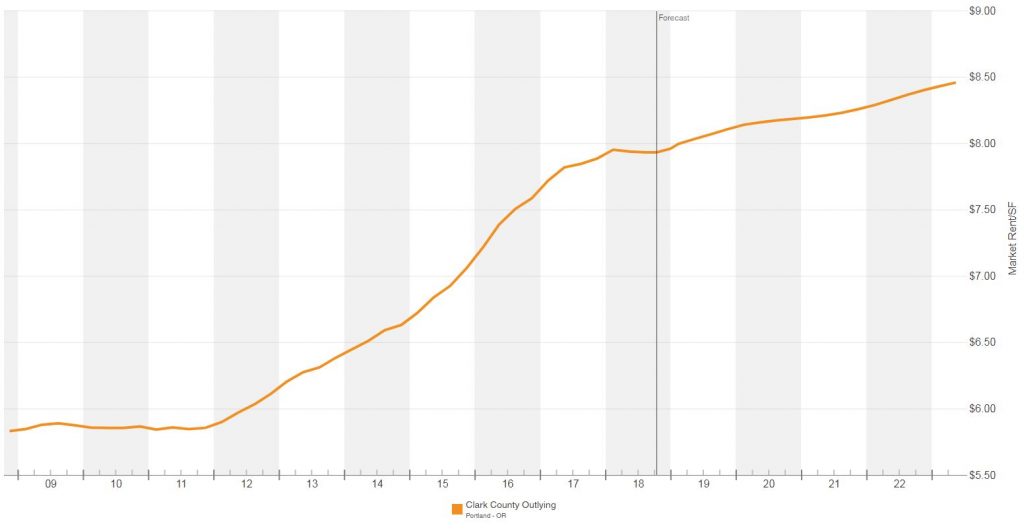 Below is the 5-Year Market Cap Rate forecast showing a slight rise in cap rates over the next 5 years. 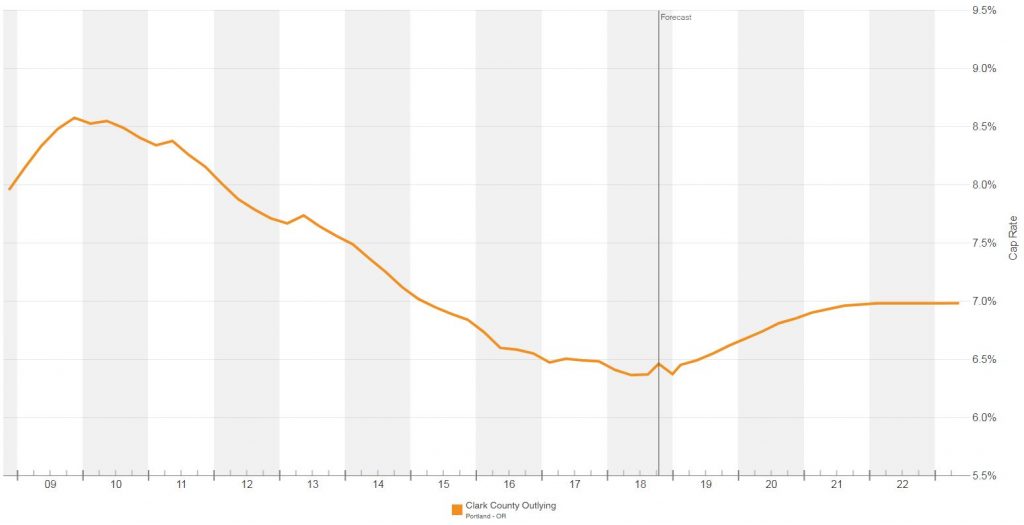 Below is the 5-Year Forecast for Vacancy rates. 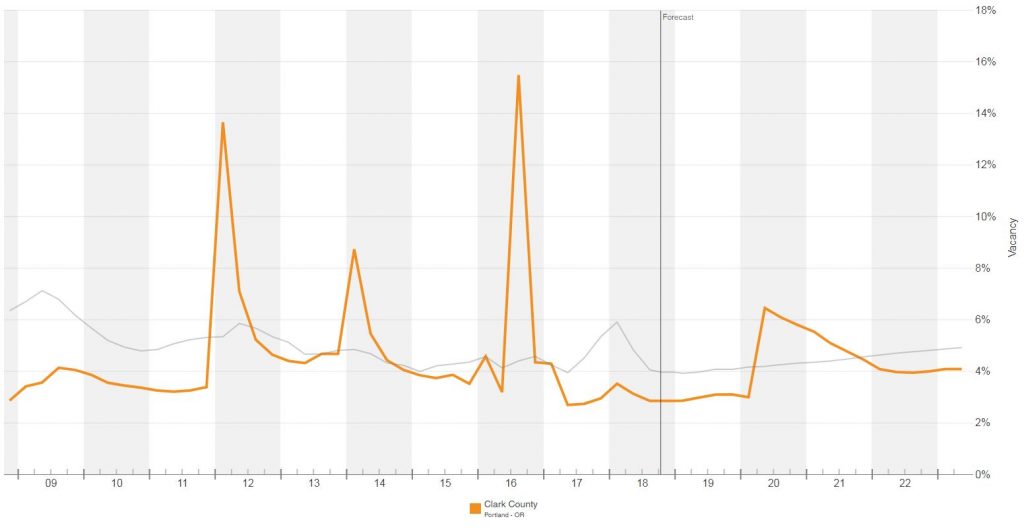 Southwest Washington home sales are steadily and consistently strong. Inventory remains at an overall low, demand is still high despite the slight rise in interest rates. Currently monthly inventory is at 1.6 months, whereas in 2009 we saw inventory upwards of 20 months of inventory. Inventory in months is calculated by dividing the active residential listings at the end of the month in question by the number of closed sales for that month. This number includes proposed and under construction homes. The average days on market for the County is around two months overall – the more moderately priced homes sell within days. We are seeing an influx of buyers from all over the country moving to the Pacific Northwest. With the popularity and expense of the surrounding areas of Seattle and Portland, Vancouver is a great alternative offering many benefits including more affordable living.

** Please note all numbers, statistics and forecasts for La Center, WA are combined with the numbers from all Clark County Outlying areas.