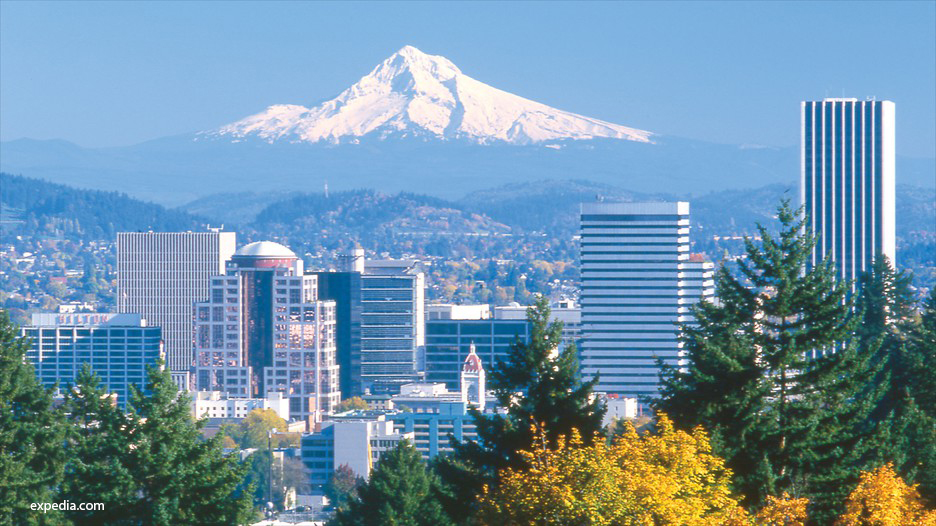 Home to the Chinook tribe, who sustained themselves by fishing, foraging and trading, many Portland area landmarks — like the Willamette River and Multnomah Falls — were named by these original inhabitants. When settlers stepped off the Oregon Trail and made their home in Portland, they started giving the area names of their own. One that endures today, “Stumptown,” was an early nickname for the city because of the felled trees that dotted the city’s quickly developing landscape. As a lumber town with seemingly endless expanses of forest all around, the area sprouted up swiftly, knocking down old-growth trees in the wake of its expansion. Pioneers and adventurers flocked to the city from the East Coast, and two — Maine merchant Francis Pettygrove and Massachusetts lawyer Asa Lovejoy — decided the city’s name with a coin-toss, choosing between their respective hometowns of Portland and Boston. Known as “The Portland Penny,” the deciding copper piece is on display today at the Oregon Historical Society Museum.

Though the city’s original planners developed the downtown wisely (with a gridded structure and small, easily traversed blocks) the infrastructure needed to support a growing region — and ensure its natural beauty — had to be rethought. So, in 1974, the city re-routed a major highway that had disconnected Portland from its waterfront and installed the 30-acre public Waterfront Park in its place. Next, in the late 1970s, Portland instituted an urban growth boundary, an artificial border that restricts development, inhibits sprawl and encourages green space around the city. While Portland will never be able to rewrite history, return the old-growth trees to the region or undo the pollution caused by its rapid growth, these green feats aim to reverse the damage, and ensure that the city’s history and its people have many more chapters to come.

• Industrial is poised to tighten as inventory shrinks due in part to the new trend of creative office and loft spaces being transformed out of functionally obsolete industrial spaces.

• The largest Industrial lease signings were by Georgia-Pacific, Bridgestone Tire and Microsoft with sizes ranging from 165,814 SF to 402,450 SF.

• The Retail market remained relatively stable with a slight decrease in vacancy to 5.3%. Two KMarts closed their doors as well as a Burlington Coat Factory. Openings included Sportsman’s Warehouse and Natural Grocers.

• The Portland Office market has seen renewed confidence within the CBD as demand for new high-quality space counterbalances the recent exodus of absorption to the outlying suburban markets.