About the Vancouver, WA Market

Vancouver WA is a city on the north bank of the Columbia River with a population of 167,405 residents. The city was incorporated in 1857 and is the fourth largest city in the state. Vancouver is the county seat of Clark County and forms a part of the Portland-Vancouver metropolitan area, the 24th largest metropolitan area in the United States. More than one third of the Vancouver urban area’s population lives in the unincorporated urban area north of the city limits, including the communities of Salmon Creek, Hazel Dell, Orchards and Felida.

The geographic area boasts an abundance of beauty – it’s framed by the scenic Cascade Mountains to the east, the majestic Columbia River to the South and is located just North of Portland and only 10 minutes from the Portland International Airport. The two major bridge crossings running north-south over the Columbia River between Oregon are Washington are Interstate Bridge on I-5 and the Glen Jackson Bridge on I-205.

A large enough percentage of Vancouver residents choose to work in Portland, that Vancouver can be considered a “bedroom community” of Portland.  As a result, there is typically significant  rush hour congestion on the two bridges that cross the Columbia River. In 2006 there were 278,043 weekday vehicle crossings of the two bridges.

Below is the 5-Year Forecast for Office Rent in the 5 submarkets of Vancouver, WA 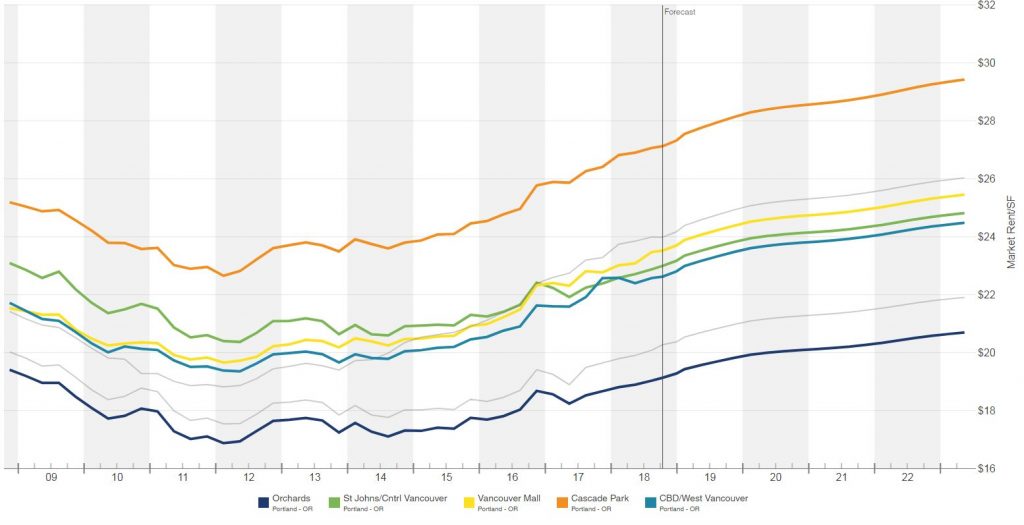 With Vacancy rate dropping in the last few years, current vacancy rates are low, sitting at 16.6% in the Cascade Park Area to as low as .4% in the CBD/West Vancouver Area. Vacancy rates match that of the Availability Rate in each submarket. Good News for investors, there is an upward trend of rents starting as low as $8/sf in 2014 increasing to $13 in 2018.

Below is the 5-Year forecast for Asset Value of the Industrial Market in Vancouver, WA 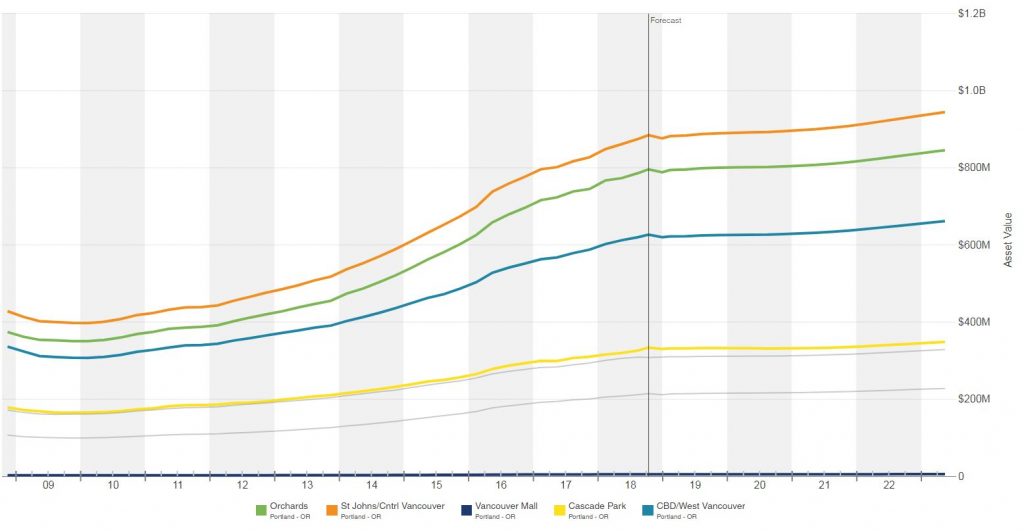 With a combined asset value of 3.3 Billion in Vancouver, the Retail market is off on the rise. With Cap Rates ranging from 6.3% in the Vancouver Mall area to 6.8% in the Orchards area, the slow uptick in Cap rates is beginning. Now is a great time to capitalize on your investments before Cap rates increase further. The 10 Year Average for Vacancy Rates in the retail sector is 6.13%, currently, the market is as low as .2% in the Vancouver Mall Area and average in the CBD/West Vancouver Area at 6.3%.

Below is the 5-Year projection of the Market Sale Price per Sqft in the Vancouver Area. 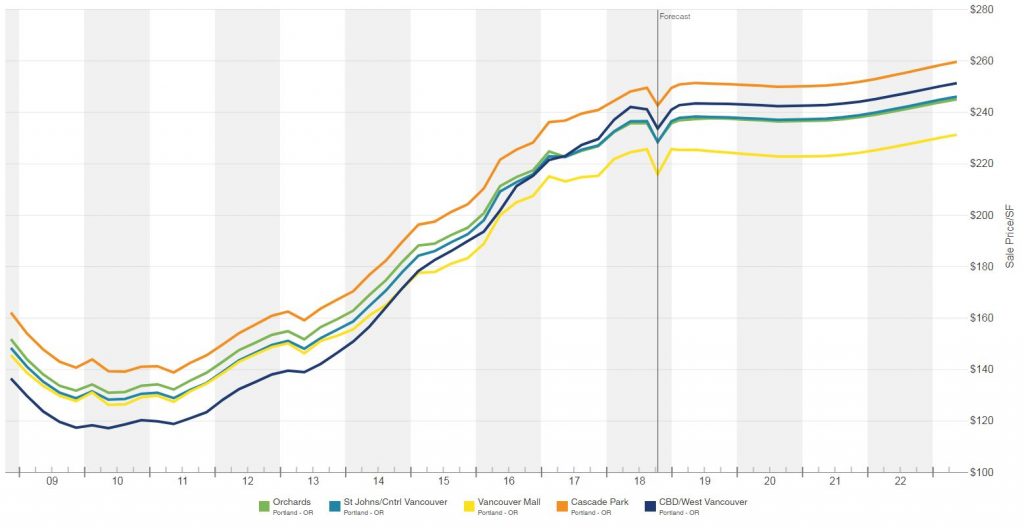 Market rent in the area has been rapidly increasing since 2008. Below is the 5-Year Forecast for Market Rent per Unit in Vancouver. 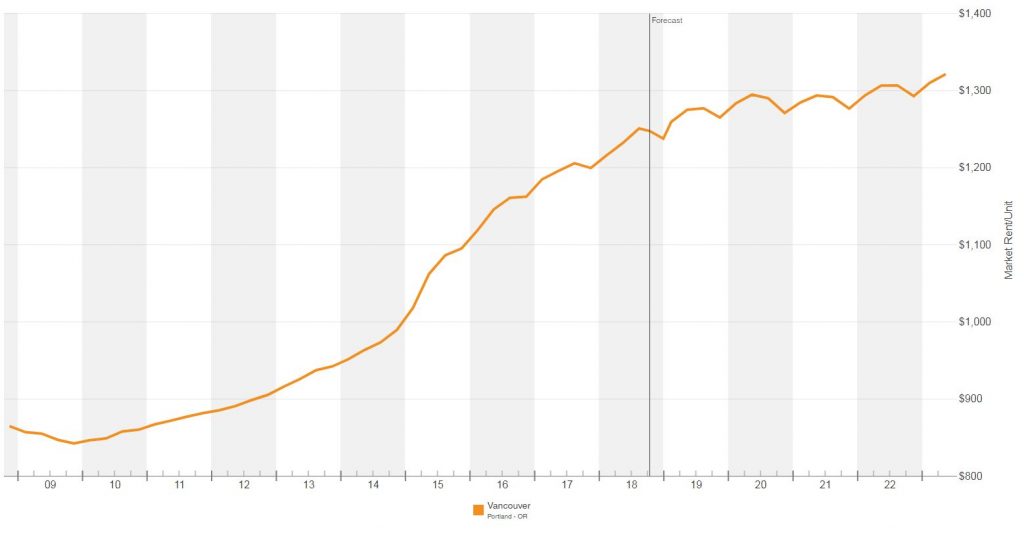 Southwest Washington home sales are steadily and consistently strong. Inventory remains at an overall low, demand is still high despite the slight rise in interest rates. Currently, monthly inventory is at 1.6 months, whereas in 2009 we saw inventory upwards of 20 months of inventory. Inventory in months is calculated by dividing the active residential listings at the end of the month in question by the number of closed sales for that month. This number includes proposed and under construction homes. The average days on market for the County is around two months overall – the more moderately priced homes sell within days. We are seeing an influx of buyers from all over the country moving to the Pacific Northwest. With the popularity and expense of the surrounding areas of Seattle and Portland, Vancouver is a great alternative offering many benefits including more affordable living.